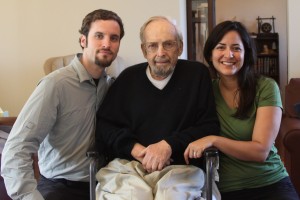 I’m sorry to say that the reason we haven’t posted in a while is because Josh’s Dad, my father-in-law, passed away. He died in his sleep on March 26th at 11:21pm at his home in Campbell, California.

When Josh and I got the news we were on our way back from an island in the northeast of Malaysia. We started a journey home that took us on two boats, three cars and four planes. I learned that Jewish funerals must happen very quickly after death and it was imperative that we make it back ASAP. We landed in San Francisco the day before the funeral, which was on Tuesday, March 29th.

If you’re wondering how Josh is doing… it’s definitely a sad time losing a father and his last parent, but he’s a rock. He lost his Mother, Margaret, in 2005 from cancer. Like then, he was prepared for this outcome. In addition to heart surgeries and problems over the past few years, Don was in the hospital this past December. He decided to enter into at-home hospice care. Josh and I were lucky enough to be in a place in our lives to come to California for three months to spend quality time with him. Every day we were here was used to say I love you’s, hold hands and scratch Don’s back (which he loved). 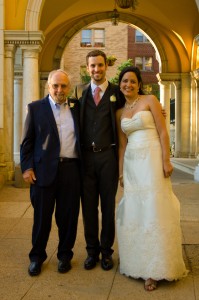 I often think about Josh’s Mum and how I would have like to have known her. She and Don raised an amazing son (in my biased opinion) and I consider myself really lucky to have know Don. Over the years Josh and I have been together Don came to visit us in DC, we made a few trips to see him in California, including Chanukah and his birthday, sailing on his boat and he was an important part of our wedding last May, creating memories we’ll cherish.

One of my favorite memories was just before Christmas 2009 when Don (a surgeon) was visiting Josh and I in DC. Don and I jealously dropped Josh off at the White House, where he was going to one of the staff holiday parties, and the two of us went to Johnny’s on the Half Shell on Capitol Hill. Over a delicious dinner (he loved lobster and laboriously picked his clean), I thought I was being a good future daughter-in-law by asking about his career as a doctor. Without thinking, I managed to ask “why don’t women get prostate cancer?” I wanted to hit hand to forehead, but he didn’t make me feel like the idiot I was. We talked for a while, he explained the surgery he developed and I learned a lot that night.

He was a good man. He will be missed and remembered always.

As a patient who wrote to Don on his online obituary said: “…now you can go sailing in any port…” 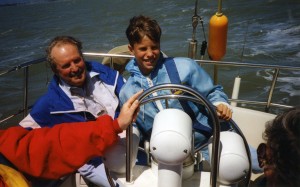 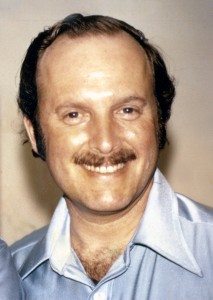 I'm writing this on a slow train from Gemas to Kota Bharu, Malaysia. We're taking the long and non-express train...