Mostly, we are the ones taking pictures of locals in whatever country we’re in, trying to capture something we want to remember or share, like five people on a motorcycle. But every now and then we find people taking pictures of us. Most are too shy to ask us to take a picture with them, but sometimes we get approached.

It’s fun to have the tables turned. 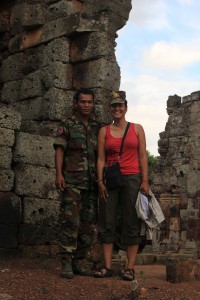 In Cambodia, this soilder on leave wanted to take a picture with purrdy me wearing his army hat. 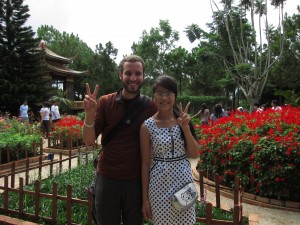 In Vietnam, these girls really wanted to take pics with Josh. 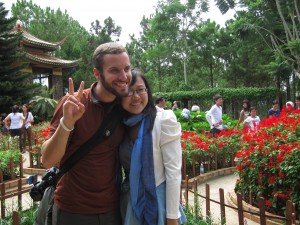 Aside from his everyday dashing good-looks (I am biased), I think it's the beard and blue eyes that are the draw. Both are rarities in SE Asia. 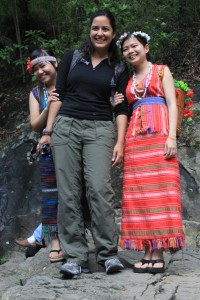 And these two lovely girls, dressed up in traditional costumes of an ethnic minority (I wasn't sure which one) and headed to the nearby waterfall in Dalat to take a photograph and really wanted us to be in several of their shots. Yes, I know I look like a giant!

Women go to great lengths to cover up from the sun in Southeast Asia. It's not unusual to see someone...