Traveling for a year means a lot of planning, a lot of fun, but also living on a budget. Sometimes budgets are meant to be ignored (like all rules, right?) but you still need to have a budget to know when you’re going astray. Otherwise the trip might need to end too early when the green runs out!

Hotels so far take up roughly 20% of our budget. We’ve stayed in a range of hotels from $3 a night in Banaue, Philippines at our cheapest (which we actually loved for its spotlessness, stunning location and view from our bed), private rooms in hostels, using hotel points at Le Meridians in Thailand or splurging with a wedding present at the best hotel in Cambodia.

On a whole, if I were to guess, I’d say we pay an average of $13 a night for a hotel rooms. Our travel tip is to always negotiate your hotel rates in advance. What’s listed on their websites as $25 can easily be as low as $15 just by asking.

Paying $25 for a hotel room is a splurge for our budget and often it’s not that much better. But we’ve found Vietnam to be the exception and the step-up has exceeded all expectations. Our first hotel in Saigon at $18 a night was pretty plush and included breakfast and had lightening fast internet. We thought it was a steal for the value and because we negotiated the rate down when we made the reservation by phone.

But then things were ratcheted up a notch in Hoi An at Thanh Van II and I just had to share what $25 can buy. 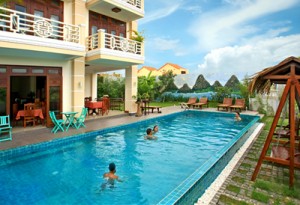 In full disclosure: This is not my photo. But I swam in the pool and can attest it looks exactly like this. Including the clouds!

Not included in the photos, was the free bicycles to ride around beautiful UNESCO protected Hoi An; breakfast, which was the best hotel breakfast we’ve had to date, that included a made-to-order omelet station and an ever changing buffet that included: croissants, fresh juices, 4-5 varieties of tropical fruit and of course coffee and tea.

Goes to show that even if you don’t think you can hack the hostels, travel can still be cheap and super comfortable. 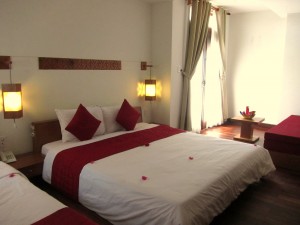 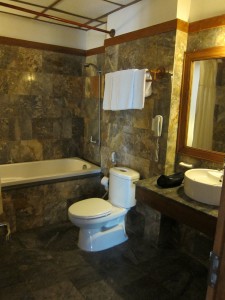 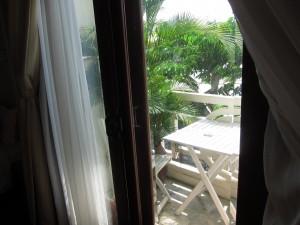 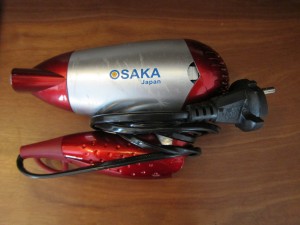 A hairdryer is the only girly thing I miss on this trip. Most hotels and guesthouses don

5 Responses to “What A $25 Hotel Looks Like in Vietnam”

Mostly, we are the ones taking pictures of locals in whatever country we're in, trying to capture something we want...