The Monte Carlo of the Orient

Posted by Joshua Peck on Wednesday, September 21, 2011 · Leave a Comment 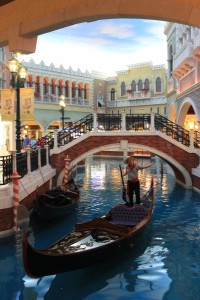 Ten years ago, with the exception of a riverboat and one run-down casino, gambling essentially didn’t exist in Macau. But following Portugal’s return of Macau to China in 1999 the law granting gambling rights to only one family was repealed allowing competition. That caused a gambling explosion and in 2007 Macau surpassed Las Vegas in gaming revenue. It is now home to the largest casino in the world, also the worlds largest air conditioned building, and you’ll probably recognize it — the Venetian.

The Macau strip has a slew of other names you’ll recognize from Vegas: MGM Mirage, Wynn Resorts and the Las Vegas Sands — 33 in total. Gambling is the source of 70% of this special administrative region’s income and is still growing.

We learned that one of the big reasons for Macau’s success is that gambling has long been part of Chinese culture, an oddity given that they are also a culture of savers, but mainland Chinese come in droves. 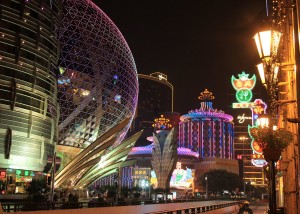 Sure, we experienced Hong Kong, but it was our stomachs that led the way. The city is delicious. And though...