« Even Millionaires Wait In Line 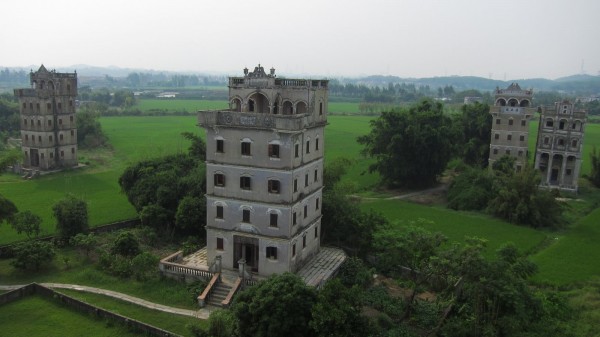 The push to go west in the U.S. depended on lots of cheap labor and many Chinese, particularly from Taishan province, near Hong Kong, packed up and moved not only to North America but to South America and the Caribbean. Those who survived the journey sent back, or made it back, with some cash in their pockets. 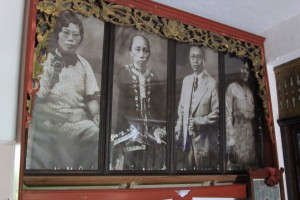 The ancestors who traveled east.

When they returned, China was at war and in political turmoil and banditry was rampant, particularly in rural areas like Kaiping. So, those who had made some money being laborers abroad used their new wealth, by Chinese’s standards at the time, and built huge watchtowers. Most of them can be found in Kaiping, where we went. The watchtowers were for fortifying the villagers and keeping the bandits out. But they also served to showcase wealth and culture since many of them have European influences.

Unlike much of the China we visited, Kaiping is actually pretty rural. So, it’s a beautiful and strange site to see these huge and intricate watchtowers rise from among rice paddies. 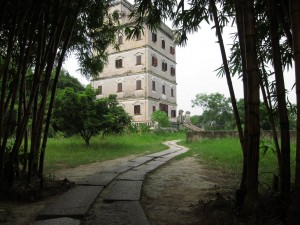 When doing some research about Kaiping and its watchtowers I stumbled upon a post from the blog of a Chinese-American women, who doesn’t speak Chinese, and her new husband who ended their China adventures in Kaiping. Armed with only a note in Chinese that they couldn’t read, from one of her uncles, she showed it to a few people in the village and elicited help to find both of her grandparents villages, the homes they lived in before they ventured to America. They even found living cousins who remember them. 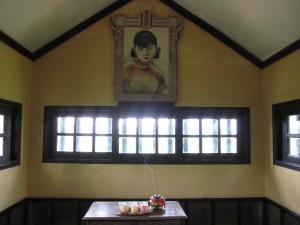 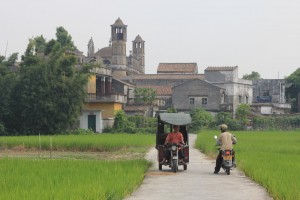 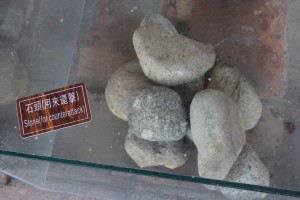 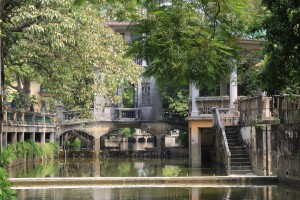 Bridge and moat on the grounds of a watchtower.

For people considering going to Kaiping:

We left from the Shenzen bus station and took a two hour bus ride to Kaiping. The guide books recommend hiring a taxi for the day (250-300 RMB) to take you around the area and travel forums warn about how hard it is to get around if you do not rent a taxi. In fairness, though there are 1,800 watchtowers left they are very spread out among the rural countryside. However, there are buses running along the main road that link all those villages. We asked someone at the bus station which bus to head to and we were golden. They all know where you want to go. There isn’t really any other reason why tourists head to Kaiping, so they’re all equipped to help you. 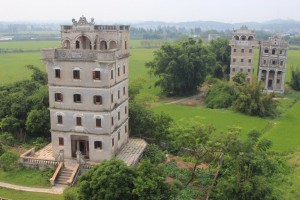 We spent about 20 RMB on our buses total instead of getting a taxi. And we met lots of friendly young people while on the bus that wanted to practice their English, ask us questions about America and tell us about their town.

I highly recommend making Kaiping a day trip from anywhere in the Canton region. 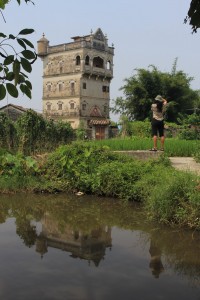 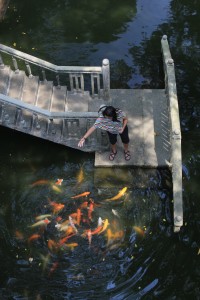 Fishies in the moat on the grounds of a watchtower

Click here to cancel reply.
« Even Millionaires Wait In Line

Not that I'm an expert, but I've never seen a Gucci store so crowded that a line formed out the...