The Temple of Heaven

In a city of 22 million people a site of interest that promises even a little tranquility rises even higher on the “must do” list. And that’s where the Temple of Heaven comes in. 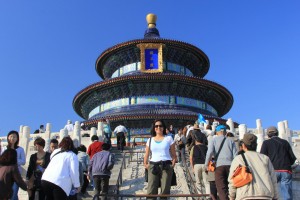 This is what "not crowded" looks like in China!

Upon entering the temple complex, which is said to be the biggest on China, it’s easy to feel like you’ve gotten away from the hustle and bustle of the city. But I don’t mean it was empty by any means, it’s China, there’s a crowd of some size everywhere! 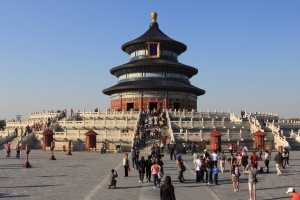 The Temple of Heaven is where the emperor would come, from the forbidden city, to make sacrifices and pray to God and to his ancestors for a good harvest. 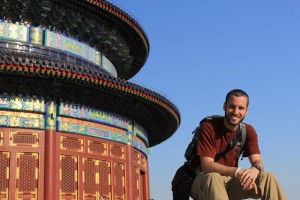 The temple of Heaven sits in the huge park of the complex where people, mostly retired folks I’d guess, come gather and sing, play board games, dance or ask to throw rings around the necks of passersby. 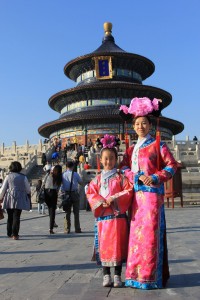 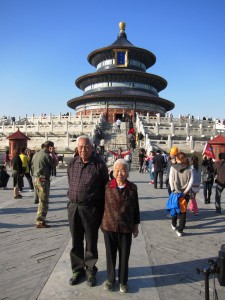 This will be us one day. 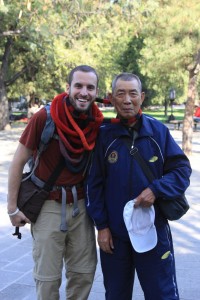 Nice man who spends his time asking people if they'll let him throw his Olympic rings around their necks! 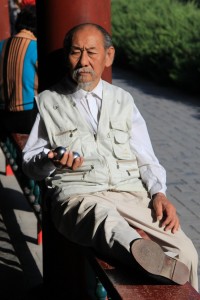 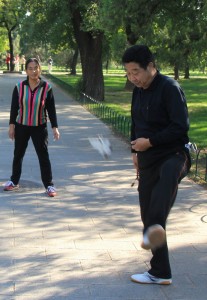 Some kind of group game where you kick the shuttle-cock around. It looks hard.

We've seen pajamas worn publicly all over China by the young and old in both rural and urban areas. Apparently...