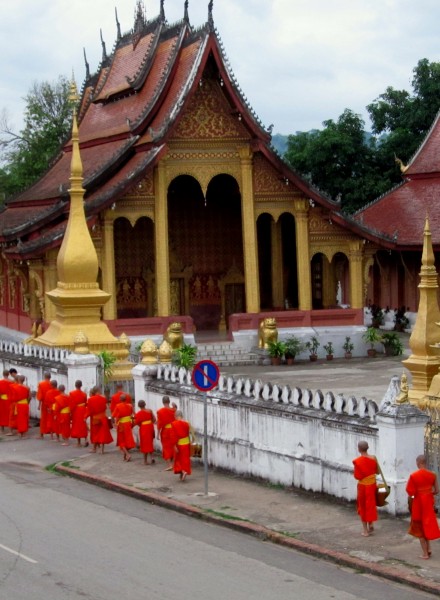 We spent just over two weeks in Laos, crossing over from the northern most border with Thailand on the Mekong river. We packed a lot into our 22 days in the country and strangely also felt like we took it easy. We spent a few days trekking with a guide through minority Hmong villages in the north and spending a night with the most unlikely of Shamans.  We zipped through the... Read More 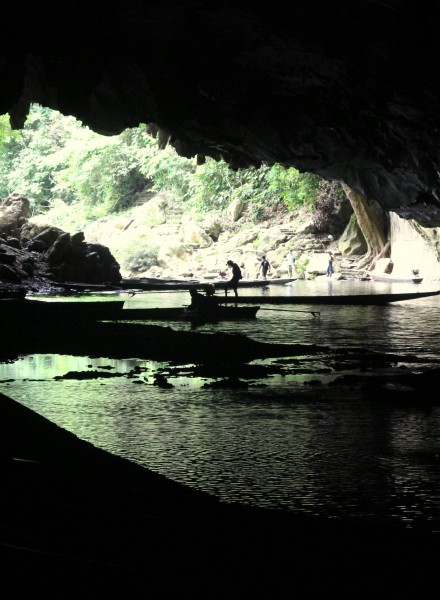 We traveled through southern Laos faster than we’d planned so we could meet up with our friend Brendan, whose visiting from D.C. for a few days. But on our way to Siem Reap, Cambodia we did break up the trip a couple of times. One overnight stop was in the village of Kung Lo to see their cave. Yes, that’s right, their cave. A small river cut the cave that’s... Read More

Zen Moment with Tea and Monks

Sitting on guesthouse balcony looking at this, drinking a cup of tea, listening to rain and the sound of monks chanting from inside. Very zen.  Read More 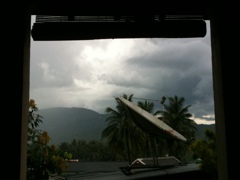 Trapped by a passing rainstorm, Sasha and I have taken refuge in the cafe attached to the Traditional Arts and Ethnology Center in Laos. I’m drinking traditional Mak Toum Tea to pass the time. Our self-guided bicycle tour of Luang Prabang is officially on hold. Our biggest challenge at the moment: will Sasha have the willpower to restrain herself from buying everything at... Read More 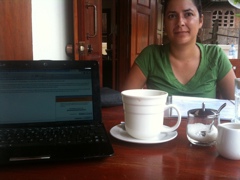 I am sitting at the Arthouse Cafe in Luang Prabang, Laos uploading a video and drinking a delicious cup of Lao coffee. We arrived in Luang Prabang last night after two days on the “slow boat” from Huay Xai. The boat ride was a welcome change of pace after what was essentially five days of trekking. The boat made it’s way down the river as promised – slow.... Read More