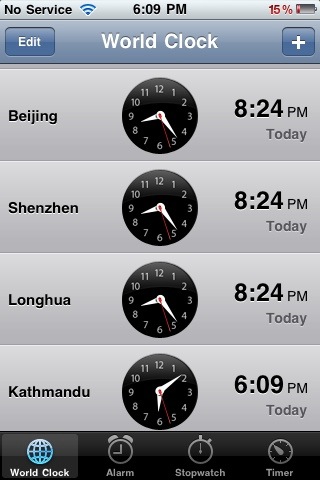 We just arrived in Nepal. As we crossed the border we set our watches and cameras back two hours and 15 minutes (UTC +5:45). Not sure whose idea it was to put them a quarter of an hour off from the rest of the world but we’re going along with it. Of course, that’s nothing compared to China’s time zone craziness. All of China is in a single time zone UTC +8. This... Read More 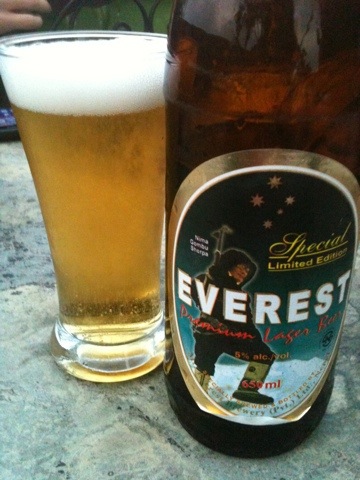 Everest beer on our first night in Kathmandu, Nepal. I think it’s Nepal’s version of Budweiser, but after the week-long haul across Tibet that, awesome though it was, left us exhausted and dirty, it’s hitting the spot. Beer first, shower second…   Kathmandu, Nepal  Read More