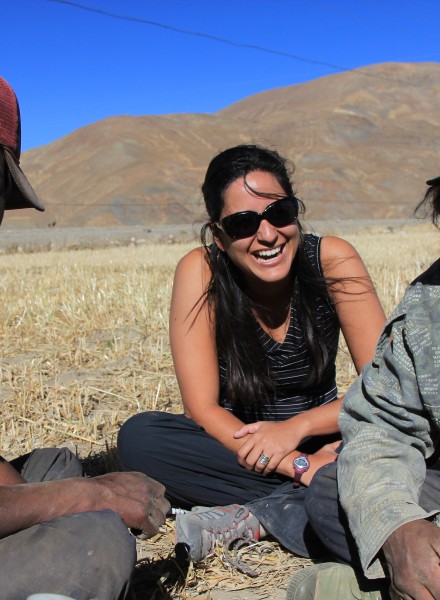 After our time in Lhasa, we spent 4 days driving to Tibet’s southern border with Nepal, stopping at monasteries along the way. Tibet is a land of extremes. It has an average altitude of 4,500 meters (14,800 feet) – the highest in the world. Our bodies were particularly aware of this fact on the high mountain passes where a short walk from the car to the lookout point... Read More 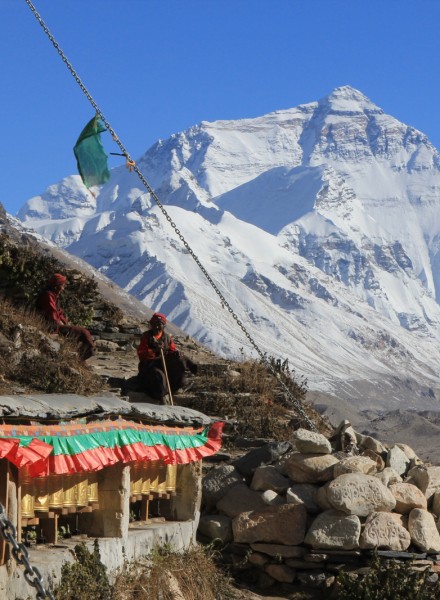 Okay, so braving base camp on the Tibetan side isn’t as hard as it sounds. No week of climbing in the freezing cold needed. The Tibetan plateau is so high that the country is practically already on the snow level of Everest. To compare, if you’re on the Nepal side you’ll spend a week hiking to get to the snow line. We pretty much drove in. But is was cold, if that... Read More 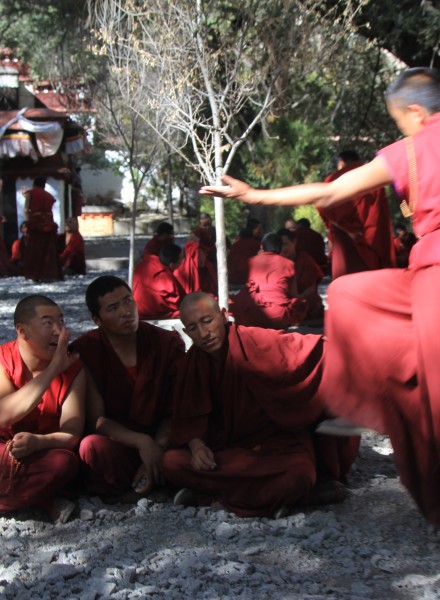 Monk asking a question. When our guide said we should go watch the monks debate, we thought he was using the wrong word. But it turns out monks are the liveliest and most compelling debaters I’ve ever seen, even though I didn’t understand a word. As we approached the courtyard of the Sera Monastery, we could hear yelling and slapping in the distance. Entering the courtyard... Read More 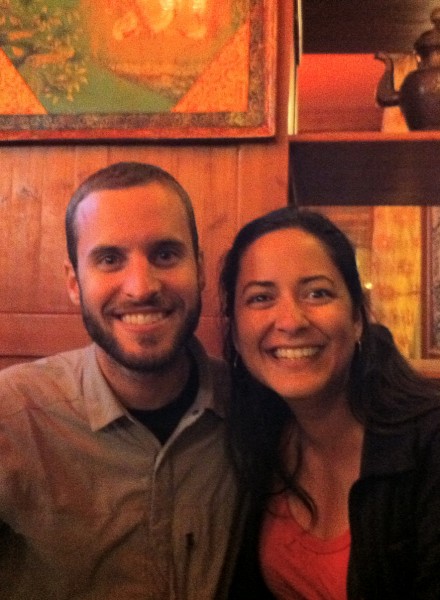 Celebrating Josh with a Lhasa beer, that makes you a little more out of breath when you’re at 16,000 feet, and a yak steak (surprisingly tasty)! Happy birthday, my love. Lhasa beer... and yak steak. Mmmm. Lhasa beer…  Read More

Then Tell The World 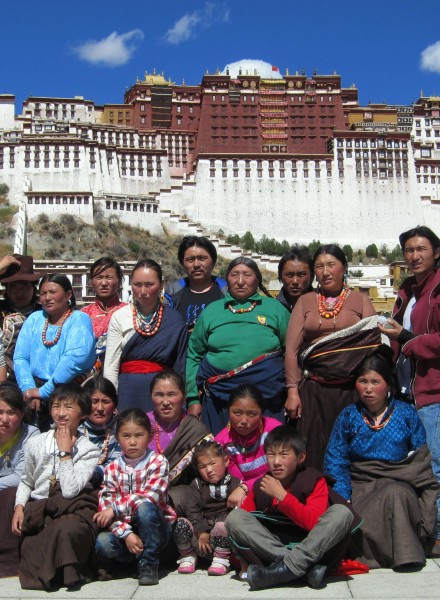 The Dalai Lama said, “Go to Tibet and see many places, as much as you can; then tell the world.” Here it goes… Visiting Jokhang Temple and Potala Palace, the former home of the Dalai Lama, was the most difficult day of the trip so far. The palace was stunning. Perched on a hill overlooking Lhasa, it has all the history, spirituality, and humble grandeur the home... Read More