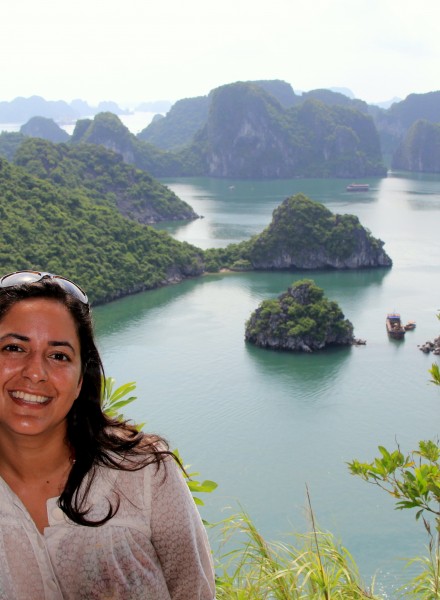 My expectations for Ha Long Bay had been growing for weeks after hearing the impressions of other travelers and reading online. If anything, Ha Long Bay exceeded those expectations. It’s as if the floating Hallelujah mountains from Avatar fell from the sky into a green ocean. Karsts, limestone protrusions that tower thousands of feet in the air, dot the near and distant horizon... Read More 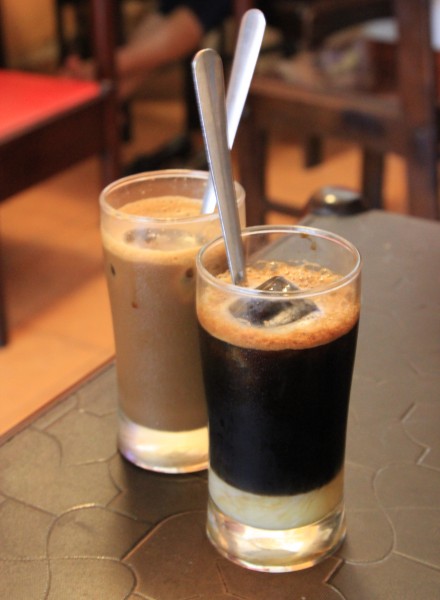 We were lucky enough to order a good cup of Saigon Style Vietnamese Iced Coffee during our first few days in Vietnam. Sasha doesn’t even like coffee and couldn’t get enough. As we’ve headed further away from Saigon, it has become harder and harder to find a good one. "It's so special. It's so Vietnamese." For our friends in DC, prepare to be... Read More 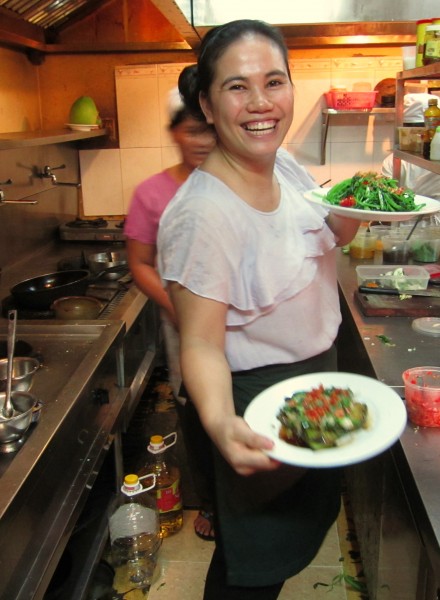 You’ll either think we’re crazy or that we were taking advantage of a good thing while we could. We definitely thought it was the latter when we decided to eat at Morning Glory restaurant four out of our five days in Hoi An, Vietnam. And on one of those days you could say we ate there twice: we ate our products at the Morning Glory cooking school (thank you Lisa!) as... Read More 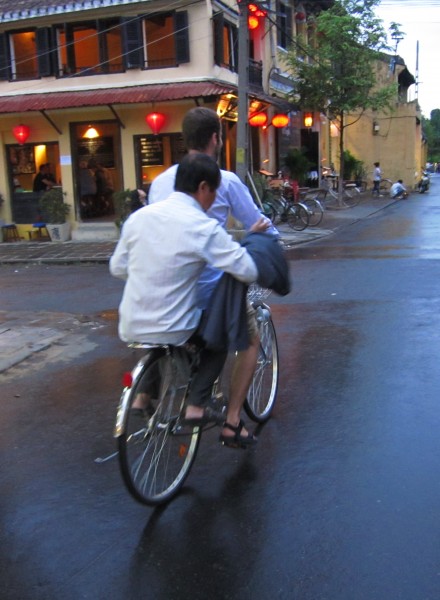 Mr. Xe and I riding to his uncle's shop. Mr. Xe (pronounced Mr. Say) is a character out of an Ayn Rand novel. He’s about 45 years old, five feet tall, and has a flamboyant personality. While small in stature, he is a force to be reckoned with and we believe the best tailoring value in Hoi An. Constantly moving or twitching, he is a whirlwind of measuring and note-taking.... Read More

Hoi An: “Buy something?” 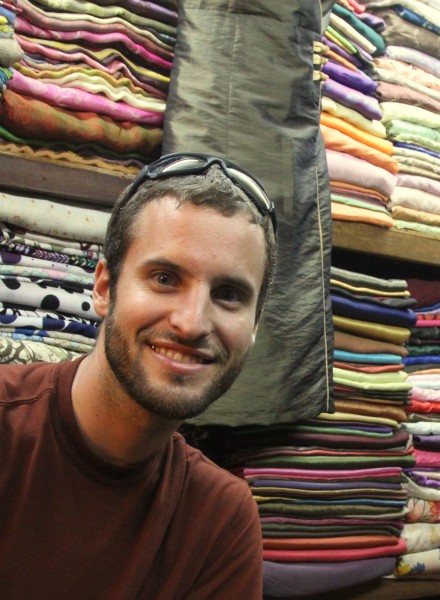 I was supposed to hate Hoi An. This tiny city on the coast of Vietnam is infested with tourists, has little to see and it’s biggest attraction is shopping or tailoring to be more precise. Sasha had big plans for clothing she wanted to make and begrudgingly I started to look forward to getting my first suit that was made to order and tailored. Four days, three suits and seven... Read More